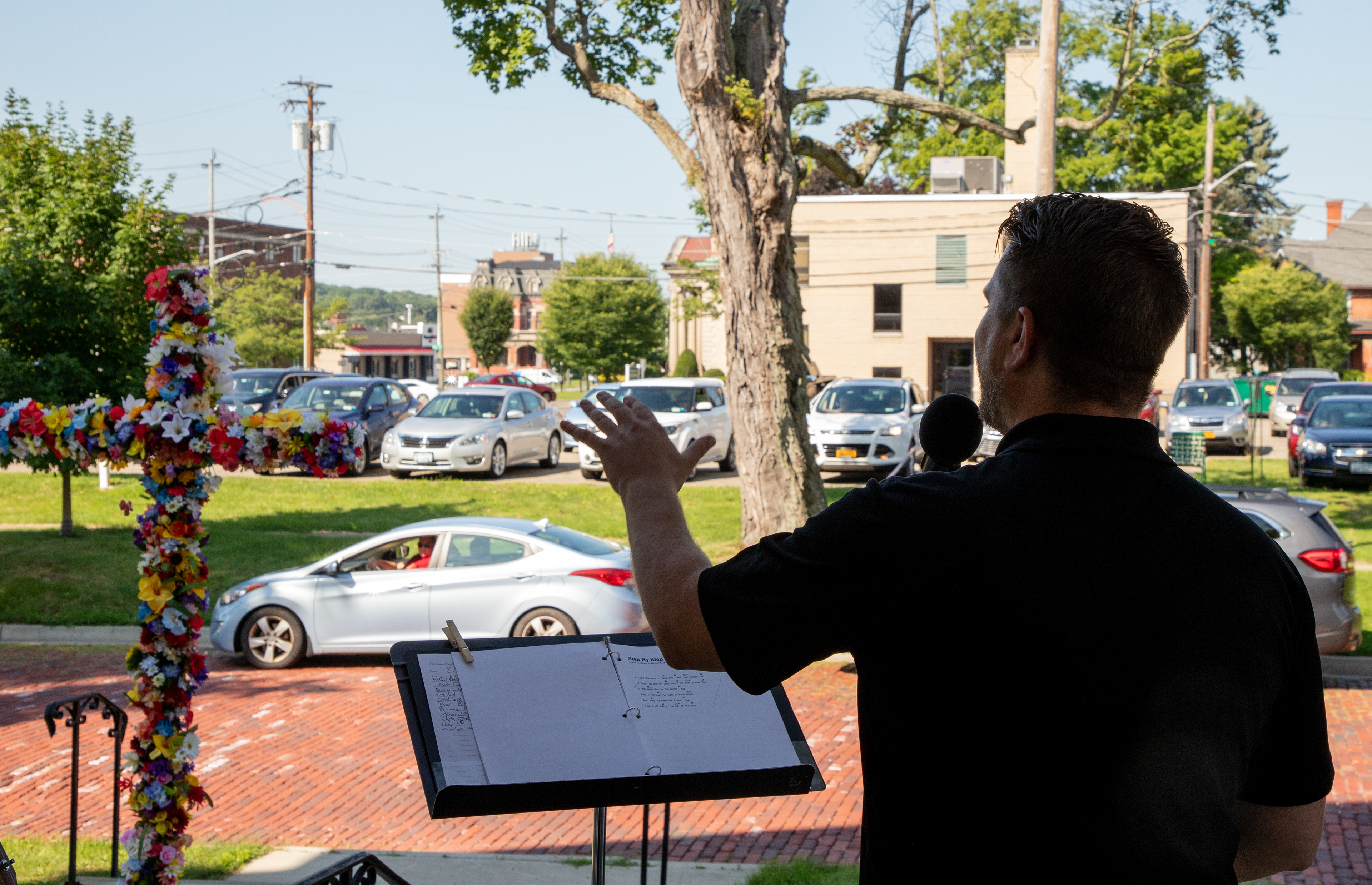 Rev. Adam Rohler preaches to a drive-in congregation at First Covenant Church in Jamestown, New York on August 8, 2020. First Covenant says they were one of the first churches in the area to offer drive-in services during the pandemic, and in late July, began reopening the church building to those wishing to come inside. Temperature checks and masks are required. Most parishioners still opted to attend from the parking lot. 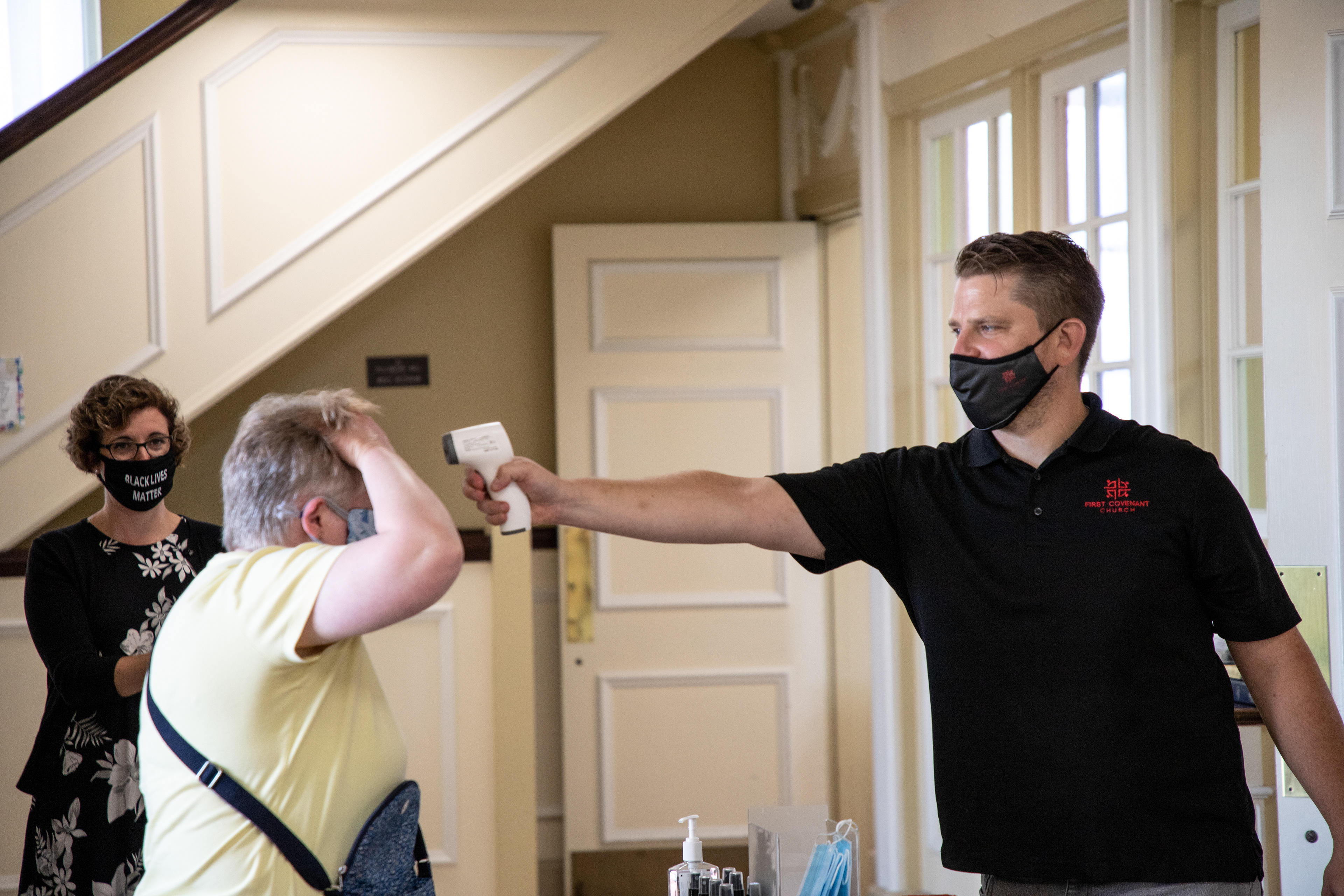 Rev. Adam Rohler, senior pastor of First Covenant Church in Jamestown, New York, scans a parishoner's temperature before allowing her into the church's sanctuary August 8, 2020. First Covenant has been holding drive-in worship services through the pandemic, but recently started allowing church members into the building with temperature checks, sign-in logs, and mask requirements. Most churchgoers still opted to stay in their cars.

Darlene Saulsgiver waits for Sunday worship to begin at First Covenant Church in Jamestown, New York on August 8, 2020. Ms. Saulsgiver has been attending First Covenant for over ten years. She was one of just a handful of churchgoers to enter the sanctuary that morning - most opted to attend drive-in church in their cars in the parking lot. 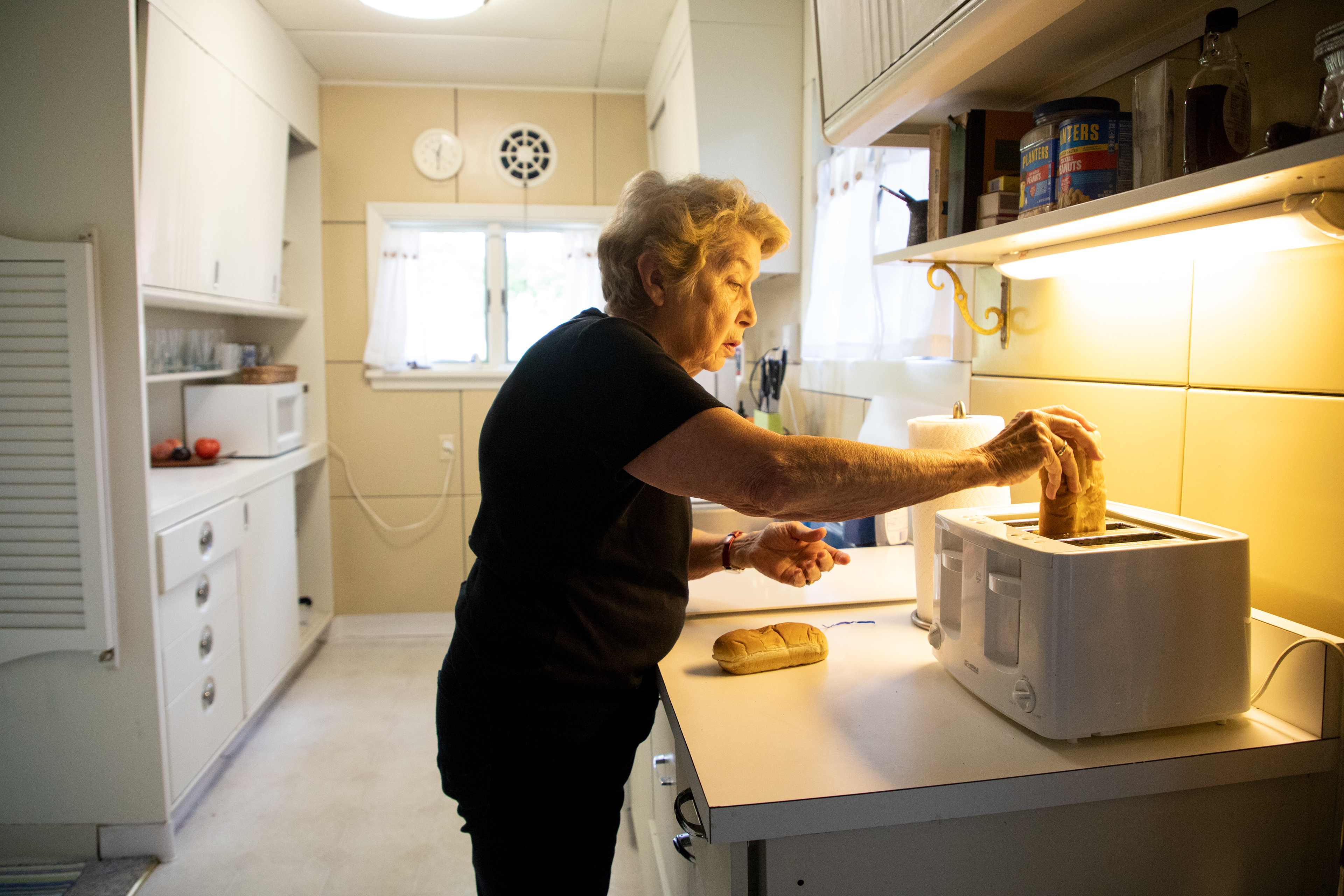 Zoe Barley makes lunch in her home, affectionately named "Steel Away," August 20, 2018 in Chautauqua, New York. Steel Away is an all-steel Lustron house built after World War II. While these magnetic homes were once popular, now fewer than 2,500 remain across the United States. Owners find community in an online forum where they swap tips on where to track down rare replacement parts. 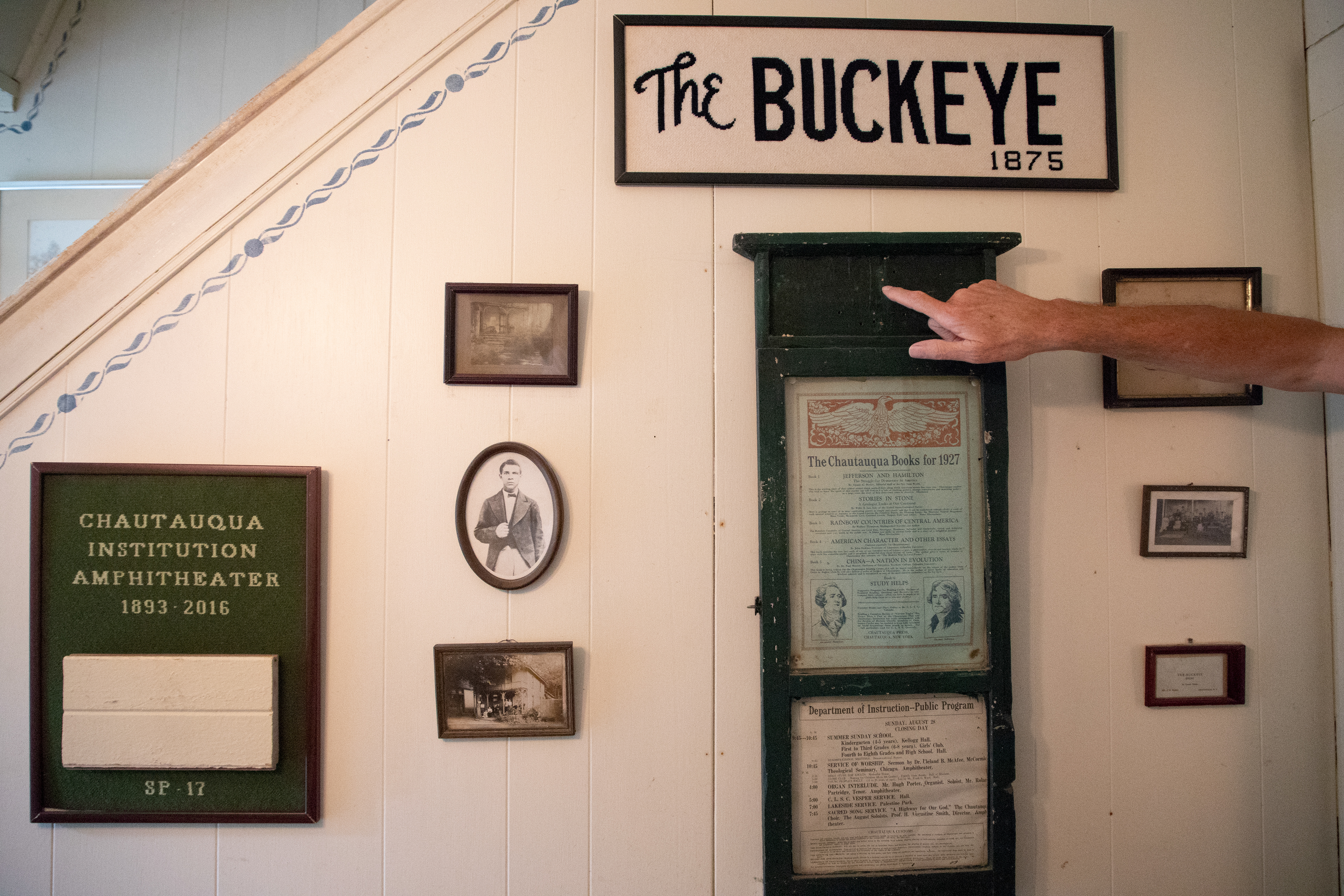 Steve and Pati Piper, owners of “The Buckeye” at 20 Center, refer to past owners by name as if they were friends, and portraits of the original owners, Mr. and Mrs. Ward, are the largest art on the first-floor walls. Their home was built in the 1870s on a tent platform; Steve Piper said his parents bought the property in 1963 for $3,500, which included not just the house, but dishes, 19th-century furniture and even vintage chamber pots (which, fittingly, now hold the cat litter). When he pokes the ceiling of a second-floor bathroom, it has supple give: He explained that it’s tent canvas at the core, coated with layers upon layers of paint. “We kept it old Chautauqua,” he said. “It’s as much Chautauqua’s history as it is our own.” Steve Piper points out an antique newspaper rack hanging in his foyer August 16, 2018. 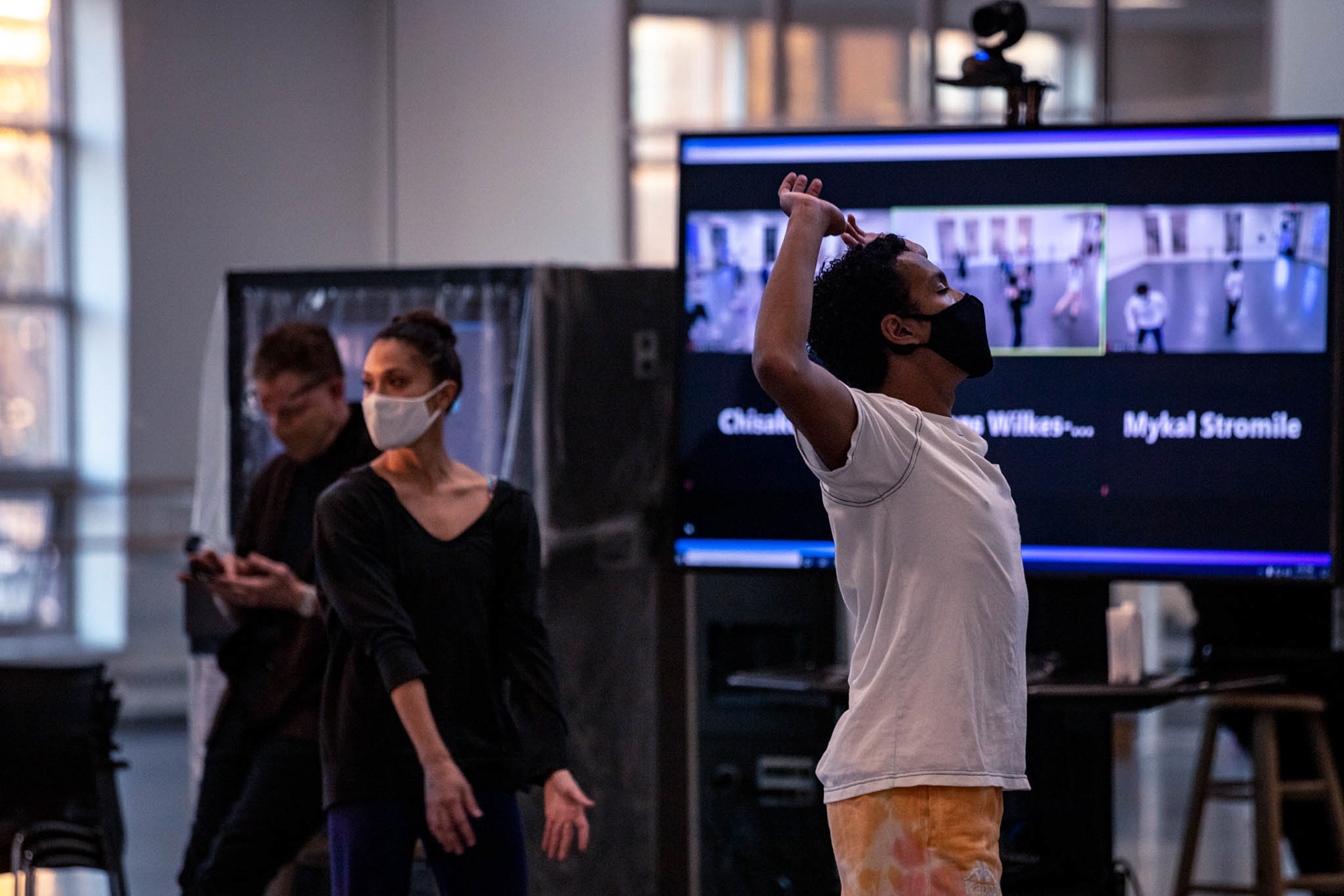 Boston Ballet dancers rehearse for the company's first virtual performance season Nov. 20, 2020. After several months away from the studios, the company resumed rehearsals in September, dividing dancers into 10-person rehearsal pods, each named after a planet. They rehearse in separate studios, which are each set up with cameras to allow collaboration over Zoom between rooms in the same building. 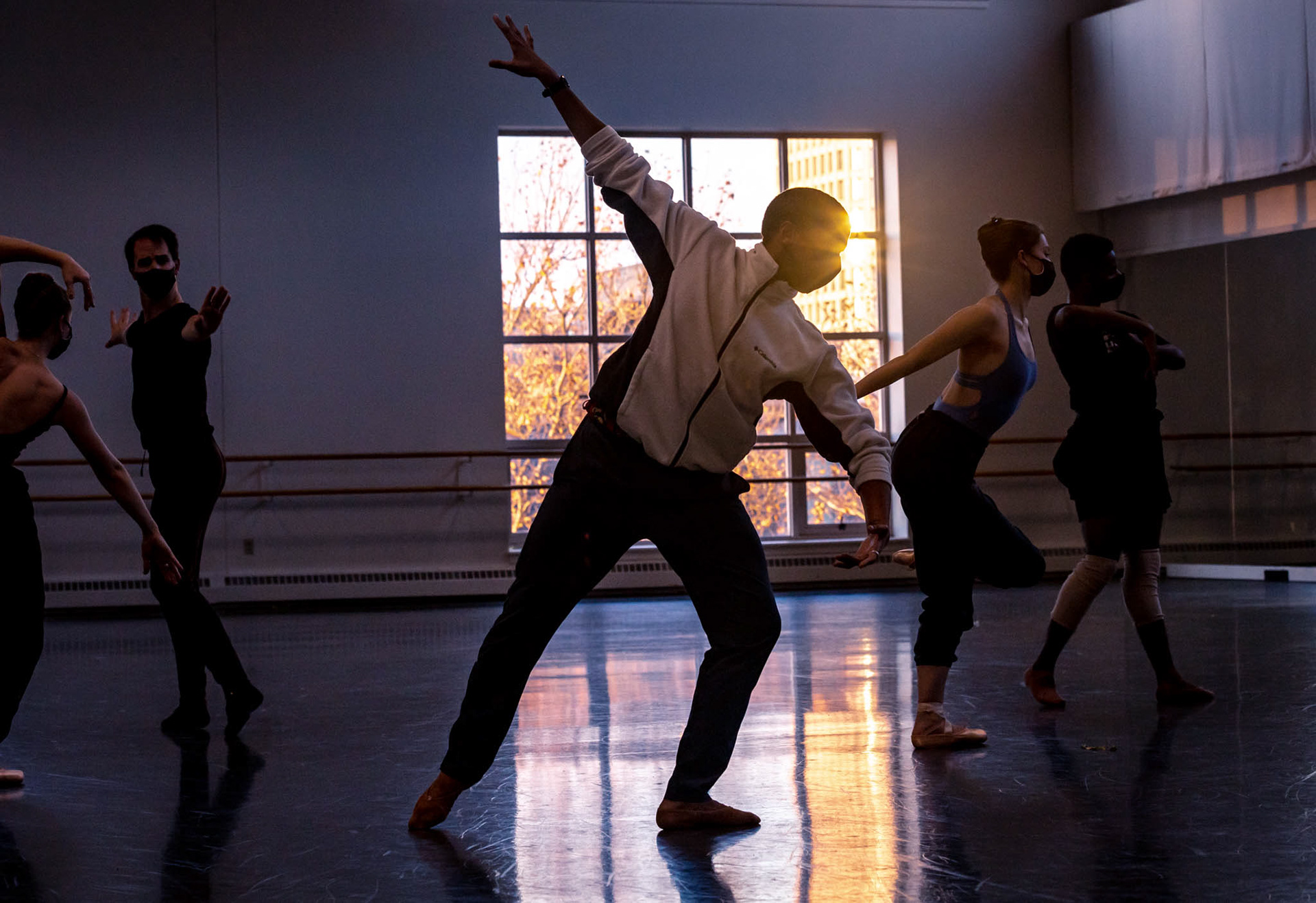 Boston Ballet dancers rehearse for the company's first virtual performance season Nov. 20, 2020. After several months away from the studios, the company resumed rehearsals in September, dividing dancers into 10-person rehearsal pods, each named after a planet. They rehearse in separate studios, which are each set up with cameras to allow collaboration over Zoom between rooms in the same building.

Protesters march Nov. 4, 2020 from Nubian Square to Copley to demand all votes be counted in the 2020 election -- one of many similar marches held around the country. Before beginning to march, organizers read a list of demands of city and state lawmakers, including policing reform, prison abolition and better PPE and hazard pay for frontline workers during the COVID-19 pandemic. 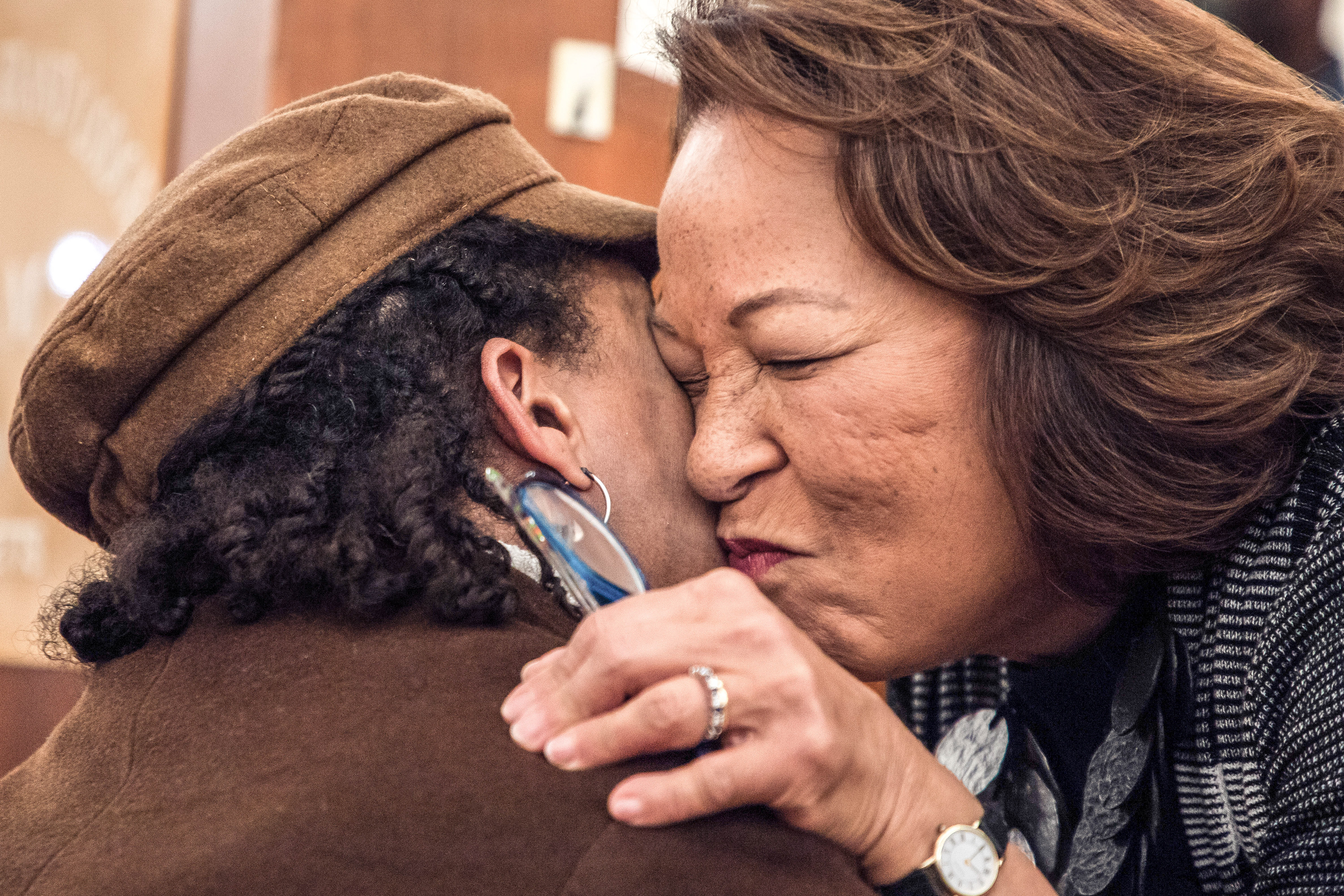 Diane Patrick, wife of former Massachusetts governor Deval Patrick, greets a supporter during a campaign event January 22, 2020 in Boston. Patrick dropped out of the competitive Democratic presidential primary about one month later. 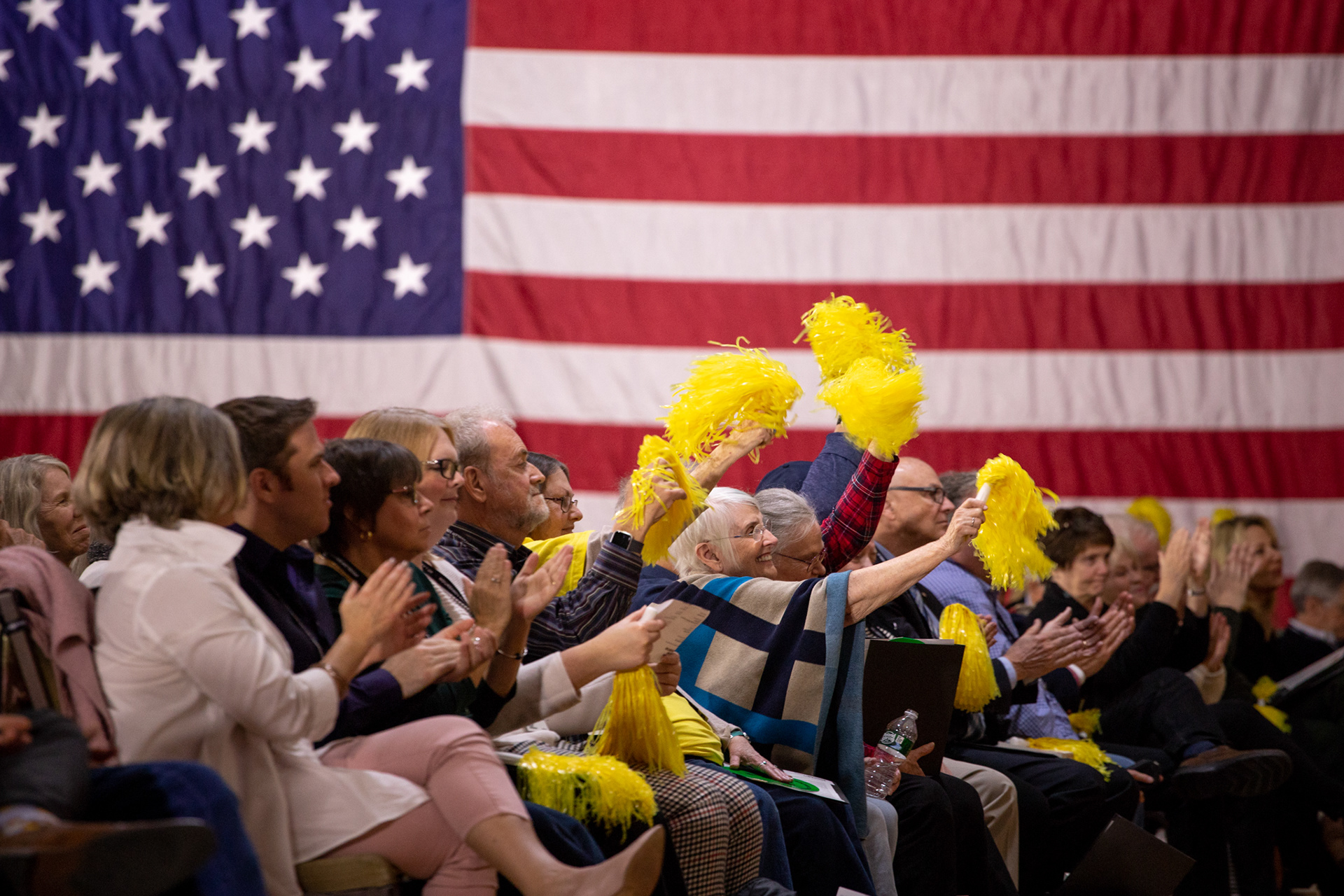 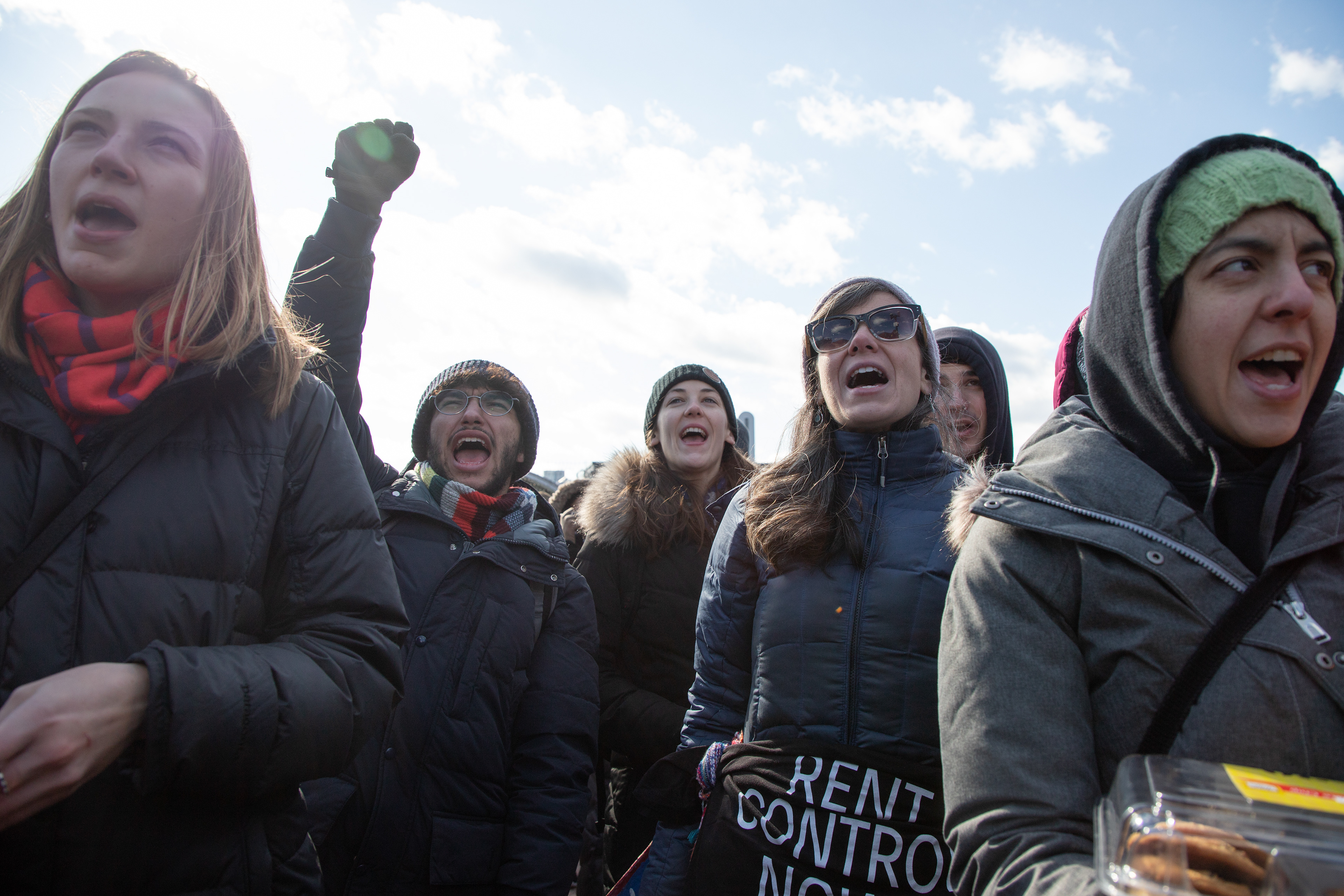 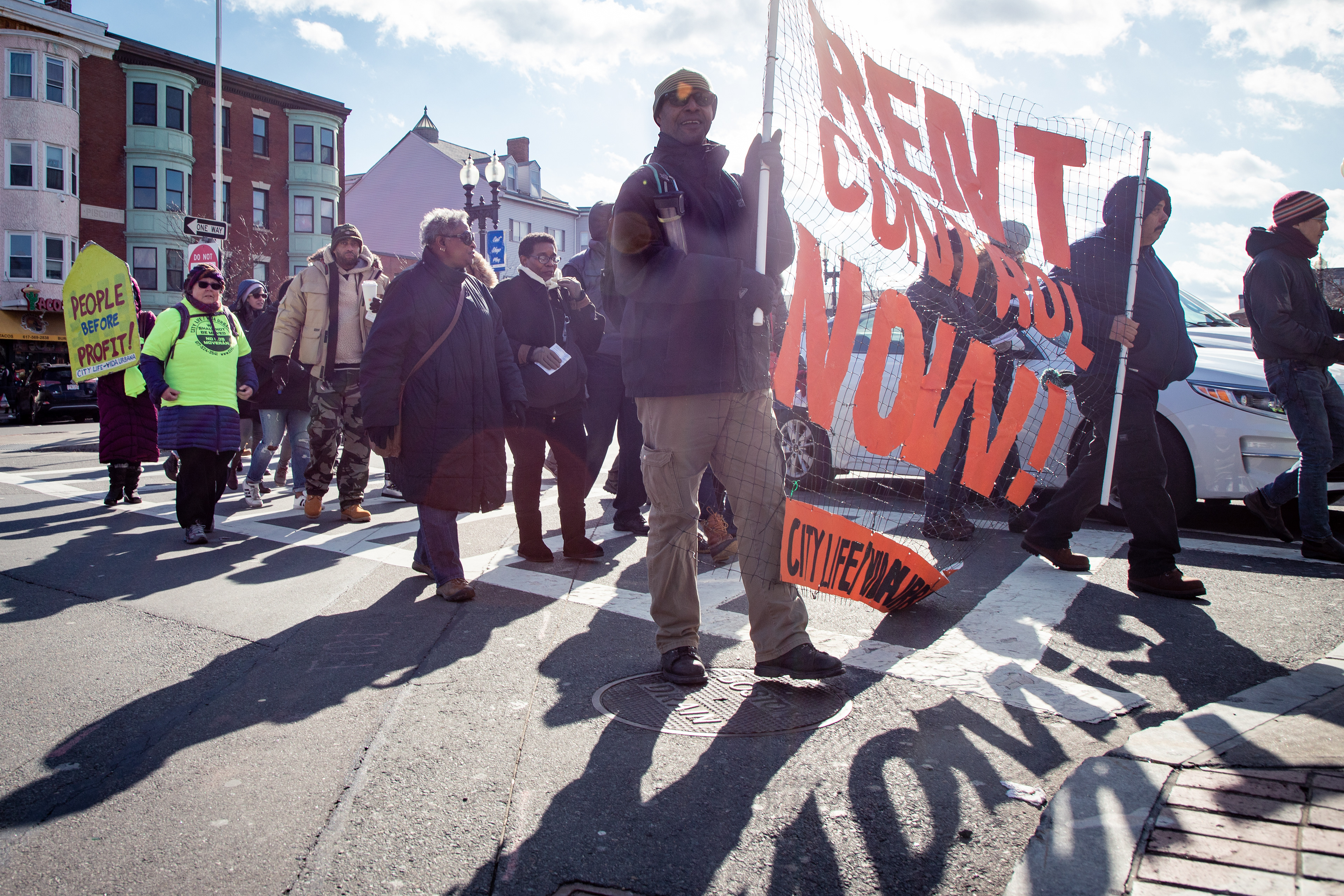 Philip Myrick (center) marches with a banner that reads, “Rent control now!” in an affordable housing protest February 8, 2020 in East Boston. East Boston is home to the highest percentage of immigrants out of all of the city's neighborhoods, and residents are organizing to prevent luxury condo development on a former Amazon bid site from pushing them out.

Abel Hernandez Eskenazi, front right, dances with other youth group members at Beth Shalom, Cuba’s largest synagogue and Jewish community center, May 14, 2018. Eskenazi, 17, has been leading religious services since his Bar Mitzvah four years ago. The Beth Shalom community has seen increased youth involvement over the past few years, but is still highly financially dependent on international donations to keep the facilities operational.

Yordaine Collazo Perez, 33, is one of a growing class of entrepreneurs in Cuba as the government opens up restrictions on private enterprise. Perez sells small figurines and religious items out her her home. She said after the tax on her business license, she  earns between 315 and 500 pesos, or between $16 and $25 a month -- about the same as she did at her previous public-sector job -- but adds that there's no way for the government to know exactly what most business owners make, as they do their accounting informally and often by hand. Now that she works for herself, she can also stay home and care for her 6-year-old son. 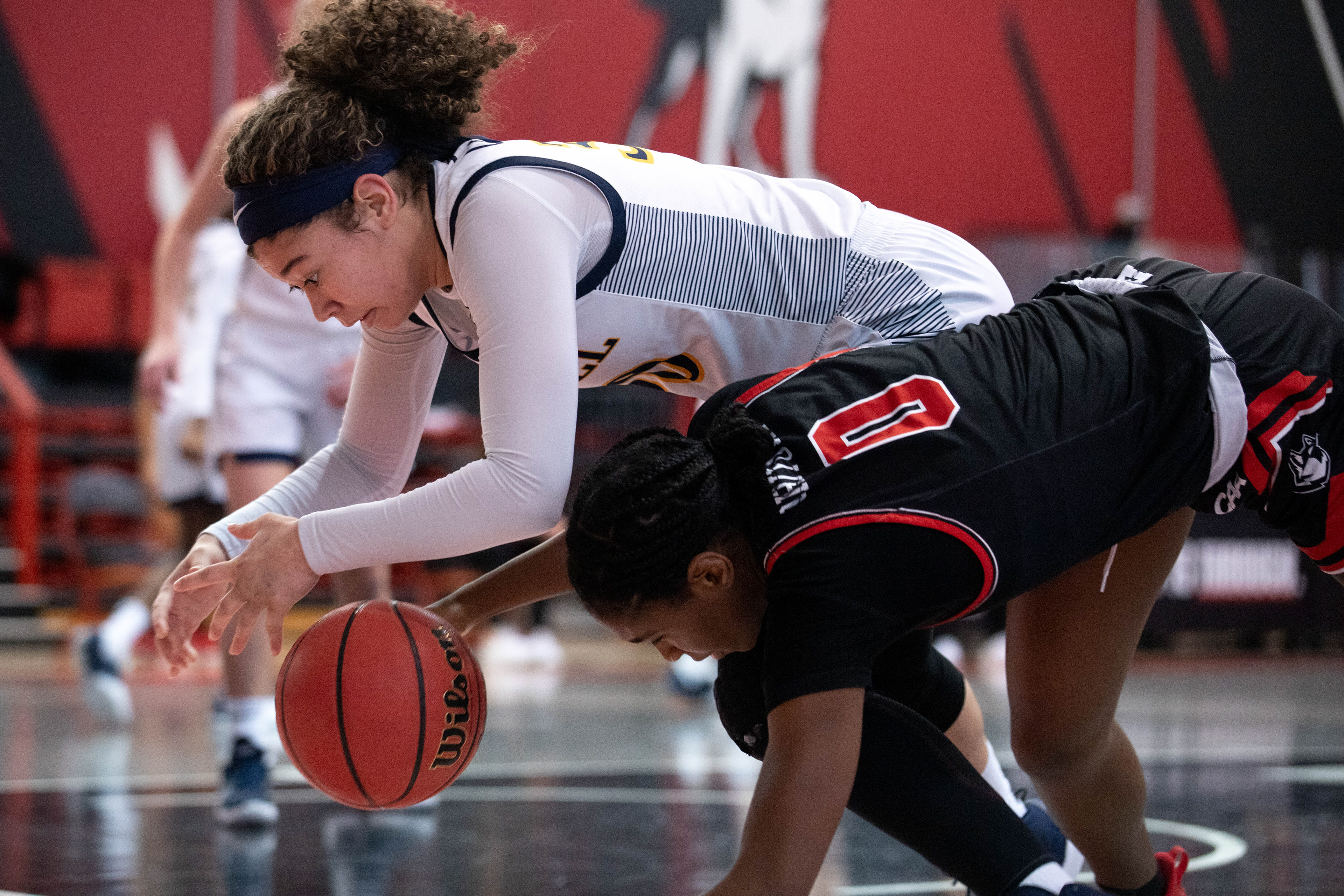 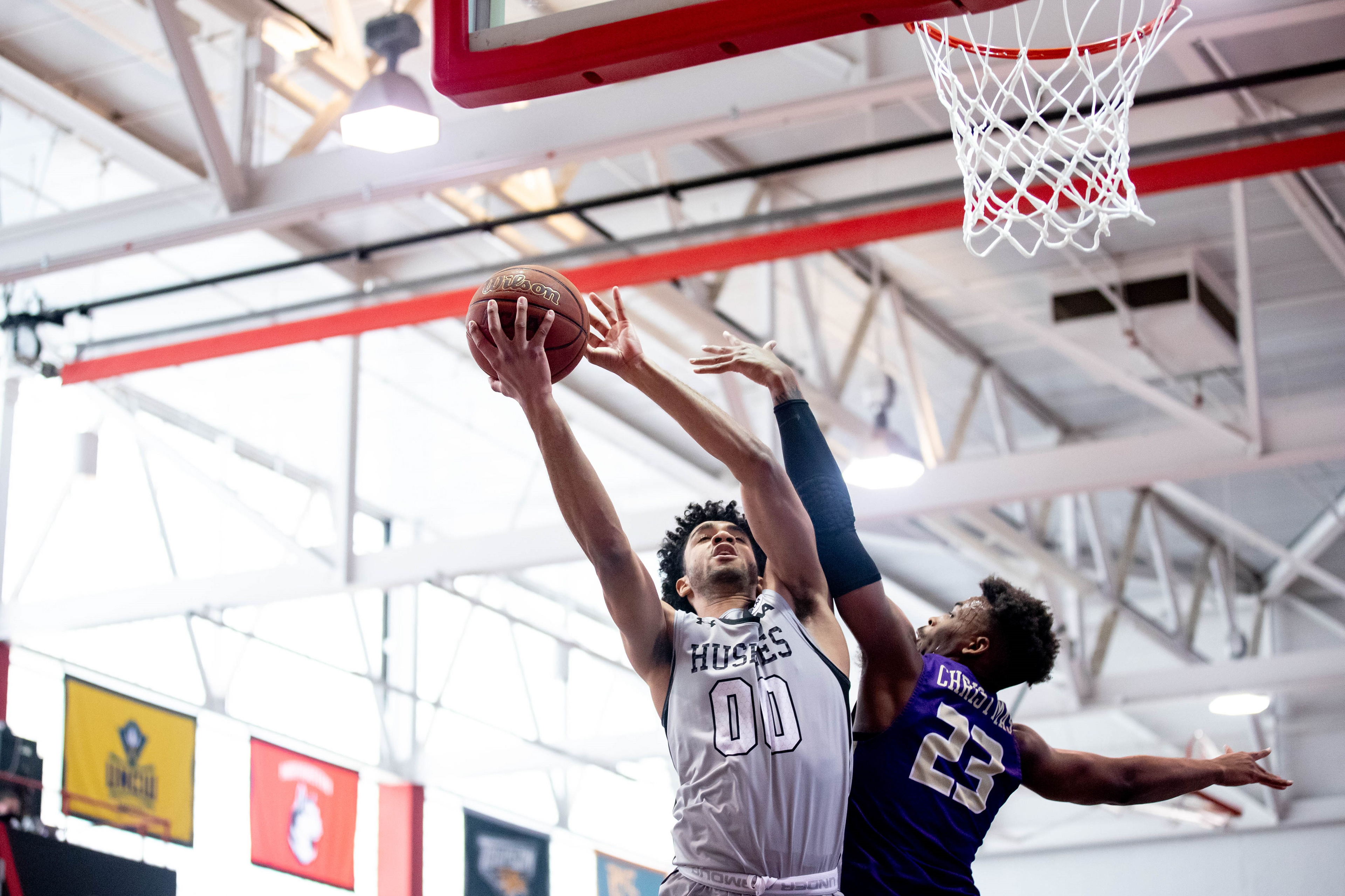 Ángel Fournier Rodriguez trains at the Cuban national rowing center outside of Havana in May 2018. Considered one of the top ten rowers in the world, he had his sights set on competing in the 2020 Olympics in Tokyo.

Northeastern University's women's hockey team plays against Providence College for a crowd of cardboard-cutout spectators January 21, 2021. Fans paid $50 each for to get a print of their face in the stands, with the proceeds going toward a student athletics fund.

Cellist Steven Sharp Nelson and Jon Schmidt of The Piano Guys perform their signature blend of classical and pop music August 3, 2018 in the Chautauqua Amphitheater.